13 replies to this topic 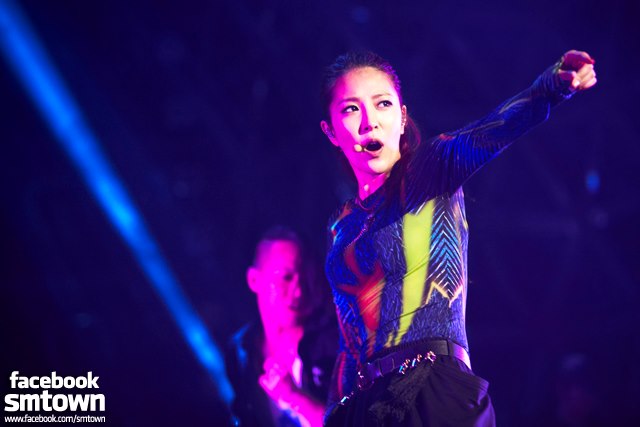 1. [+393, -9] She was dancing very powerfully with an ear mic so I assumed she was lip syncing but then a sound system error occurred that shut off her mic and it was then that I realized, 'Hul.. this is live.' She's the top of them all.

5. [+274, -24] BoA is the only real idol of Korea. She's perfect in every aspect: dancing, singing, visuals.... The other idols are just brainless plastic surgery monsters.

7. [+247, -9] I'm not a fan but I think she's the best artist history to have come close to such perfection in singing, dancing, and physical beauty. There's no one that can compare.

8. [+236, -8] Judging on performance + singing alone, BoA is the one top among female solos.. Baek Ji Young's a strong contender but she focuses more on ballads lately.

10. [+200, -5] I've been so used to hearing idols unable to control their breathing at all of their concerts that I doubted my eyes and ears for a second when I went to BoA's. All throughout, I wasn't entirely sure if she was lip syncing or not because she was just that perfect. Idols who are just holding concerts for the sake of their popularity and not their skills should learn from her.

wow, BoA the Only OnE!

Not that I ever doubted BoA's skills, but for all haters out there, you can suck your jealousy up and shut up also

She's always on top of her game

I love you BoA

What is the setlist for this concert?

Aww, these comments are wonderful!
BoA truly is the best

Now I want to go to a BoA concert so badly!

This makes me want to go for her concert even more!

ya awesome news!! thanks for sharing.. the queen of kpop is amazing!!!

I agree with so many of those comments. I was LMAO at "brainless plastic surgery monsters"!

But what's this about her "aging" well? She's only 26! What did they think, that she would get crow's feet around her eyes at age 25?

wondering will SM release a live version cd of this concert

This is great to hear!!

Whoa, some of those comments are so mean LOL XD

But aw yes, of course BoA rocked the stage :DD She's the queen<3

She's always on top of her game

I love you BoA

What is the setlist for this concert?

"She's charming without the need to expose her skin" <- can't agree with this more!! Did Ya dance was just amaaaaaaaazzing!!!!! It left me thinking how could someone be so pretty, cute, and yet sexy at the same time. Only BoA!!

The last comment posted by NB made me think of what I overheard someone asking if BoA was lipsyncing during the concert. At that point I was really pissed off but thinking back now, it was a compliment haha so proud of her ^^

woooh.... really good songs...
I hope she sings atlantis princess in the future again... make a new version!! and no.1 too
I think BoA fans should vote for the songs that they want ...
what do you think??
which songs would you choose for her next live?? would you choose japanese songs?