22 replies to this topic

Okay, so BoA's currently in Paris and she's filming for something. It could be for a magazine shoot or the upcoming drama... but I'm HOPING it's for a new song/album.

Her stylist Han Young instagrammed a picture of a crown... let's do some math: Crown + BoA = Queen of K-pop. A possible comeback perhaps?

The last time she traveled to another country () (Saipan) she was filming for Tail of Hope. Am I getting my hopes up? LOL. BoA's schedule seems to be super packed (drama shooting, upcoming performances [quincy jones concert], and k-pop star 3) so I don't think she'll have time for an album. But then again she's been releasing her last few korean albums around july-august, and August is approaching. TT.TT

WHAT'S SHE DOING IN PARIS?!

KDJFHSDFIHFIJG HAVE NO IDEA. WANT NEW THINGS FROM HER (I should stop being such a demanding person LOL)

Didn't something reveal that she's having a comeback in August? It was a list of all SM artists saying when their comebacks were gonna be...but I'm not sure if it meant this year or next year. I, too, hope that it's a new album. The last one was too small! I want a new full album of BoA's voice!!!! Thay would be heaven for my ears!!!!!!!!!! Since that has not happened in quite a while in Japan OR Korea...

BoA's current works are really great, so I can't wait for the next album, even if this isn't it. =(

Maybe this is the new japanese song of her for this coming fall.. she talk about this last time on her fan meeting during the 'Tail of Hope' release day.. idk.. i'm just guessing.. ahehe..

It's probably a new photoshoot...

^You never know~ BoA posted a video when she was doing a photoshoot for Only One and at the time we thought nothing of it (besides the fact that she looked gorgeous), then a few months later... bam She announces her comeback.

But... the possibility of her trip relating to a new Korean Album is slim L(, because the waiting period for Only One after H.V was two years, and if she follows the release pattern then there will definitely be a new album next year instead of this year.

Also, the August comeback date was rumored for BoA and SM already has a roster lined up for next month into September. f(x) just made their comeback this week and exo will follow w/ a repackaged album this coming week. They'll cross promote for a good month (which has created tension amongst the two fandoms...), have their goodbye stages, and f(x) will most likely return w/ a repackaged album in September or October.

The last time she traveled to another country (Italy) she was filming for Tail of Hope. Am I getting my hopes up? LOL. BoA's schedule seems to be super packed (drama shooting, upcoming performances [quincy jones concert], and k-pop star 3) so I don't think she'll have time for an album. But then again she's been releasing her last few korean albums around july-august, and August is approaching. TT.TT

WHAT'S SHE DOING IN PARIS?!

Tail of Hope was filming in Saipan, not Italy.

The trip in Italy was her holiday.

Fingers crossed for a comeback! 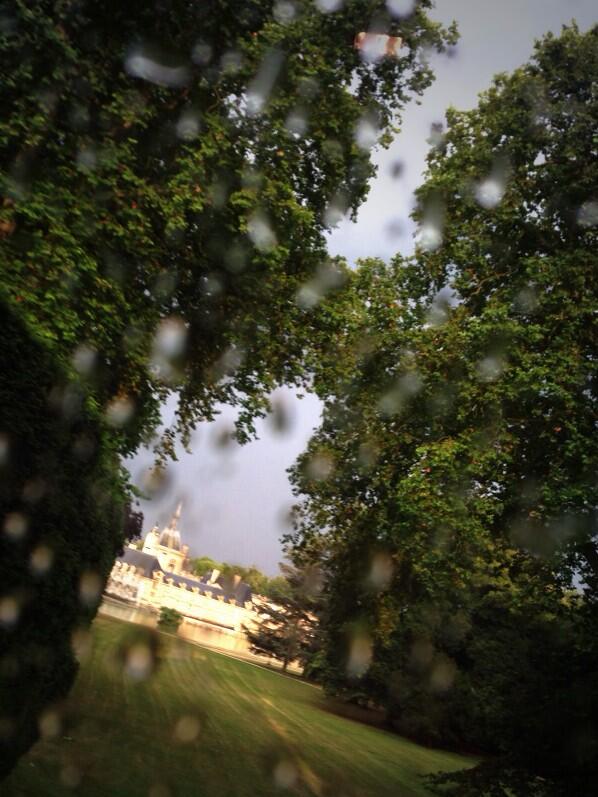 BoA's make-up artist Jung Saem Mool tweeted this picture, she is also in Paris...
According to her they spent 14 hours shooting "something". Must be special if they flew her out there. 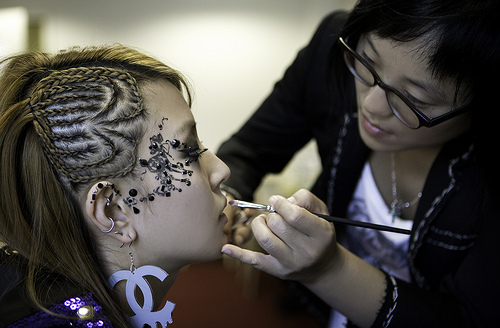 She's also done BoA's make-up for a bunch of magazine shoots and events, but most (if not all) of them were Korea bound.

i think they shooting for new CF..

I'm hoping it's new music also! And that the August comeback rumour is true! She had kpop star last year also and still managed to release an album. I know she's got the drama as well, but it's only 2 episodes so shouldn't take up more than a couple of weeks right? So here's to hoping for a late August comeback for our BoA!

this makes me soooo curious, i cant wait for it... whatever it is it will be great im sure

boa never dissapoints me, she puts so much effort in her work

^^yess, hoping badly~~ And I don't think they'll start recording Kpop Star 3 until later this year or early next year since casting auditions for the TV broadcast ends mid September, so there's room...

BoA (well, part of the back of her head) in Jung Saem Mool's instagram update:

this stylist is absolutely amazing in what shes doing... shes so creative and i also saw a video/documentary about her, a very likeable person

Back to BoA* Eye Candy