22 replies to this topic

didnt BoA tweet a picture in the recording studio or something? 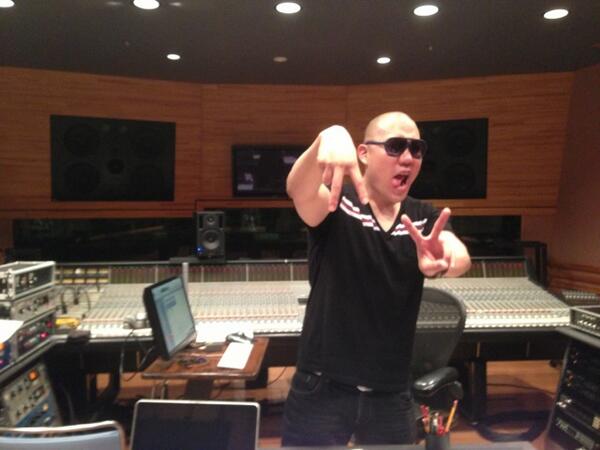 The guy in the picture is Jeff Miyahara he's a Korean-Japanese Composer/Producer based in Tokyo. He's worked with "TVXQ, SHINee, JUJU, Kana Nishino, Namie Amuro, Boyz II Men, Girls' Generation, and Timbaland" among countless others. Check out his wiki page for songs he has done: http://en.wikipedia....i/Jeff_Miyahara

The majority of songs that I have heard from him were meh... but I did like the song he did w/ Kat-tun (give me).

BoA's text post that went along with the photo of Jeff was a shout-out/promotion of sorts and didn't indicate that they were working on something... but she's in a studio w/ him so...

perhaps we'll get some Japanese material.

I'm going to be so disappointed if it's just a freaking CF shoot LOL since I've been hyping myself up. I just know it's not the drama shooting since they won't start until August and more cast members are still being announced.

He worked with JASMINE in her debut album. *-*

I really would like it if she do an english album and she shoot the MV in Paris! It would be awesome, just by thinking of it! I wish it is ^^ Jap or Kor album is fine too though^^

Tail of Hope was filmed in Saipan not Italy.

Wonder what it is, probably magazine photoshoot.

I'm assuming it's a photoshoot for a magazine or a CF.

^I had a dream last night about this LOL i have no idea why, and in my dream it was for a CF shoot haha

^I had a dream last night about this LOL i have no idea why, and in my dream it was for a CF shoot haha

you were right, my friend. It was for MISSHA!

I really was hoping it was a photoshoot for MESSAGE/CALL MY NAME or for a Korean comeback!

Back to BoA* Eye Candy