14 replies to this topic 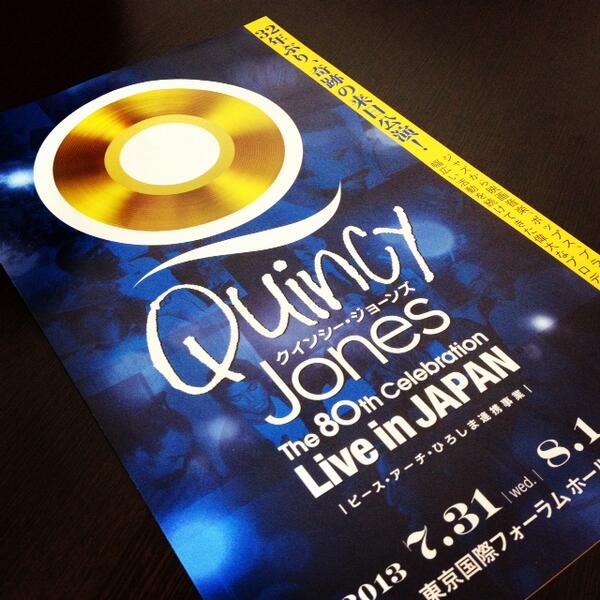 Can you spot BoA? She's behind Quincy Jones and her face is slightly blocked

Can you recognize any other artists? (miyavi, daichi, k, gospellers, juju ect.)

@IndoJumpingBoA Ok here is the translation of gaQ_116's tweets
BoA sang Michael Jackson's Beat it ethusiastically. The song is begun with Accapella style, then it was changed to Dance ver. In the middle of this song, BoA wore Michael's hat, showing beautiful dance. Michael BoA son - Big explosion ( I think she/he meant BoA's style and dance looked like MJ)

When MC introduced BoA, she went on stage and looked like "Where is Quincy?" , they (MC and BoA) greeted in English then MC said "Ah, that way" (BoA went to a wrong way)
After BoA finished her song, Quincy gave her a warm hug

All of the singer joined the last stage and all of them sang We are the world. BoA and Seiko Atsuda san sung a line together. When the song went half way, BoA took a step to the front. She and Ayaka one by one sang the chorus, it was a good picture.

An audience who doesn't see BoA often, said that the asmosphere of her performance was tense,but when the spotlight bathed throughout her body, breaking the darkness and the silence, it was like a scene in a movie. When a song ended, this audience clapped and cheered BoA.

*BoA also performed Michael Jackson's "Rock With You" with Verbal.

I think "Bad Drive" would have been a very appropriate song and dance routine to perform at this concert.

I'm not expecting fancams... but I hope there's atleast an audio recording of her perf. segment. 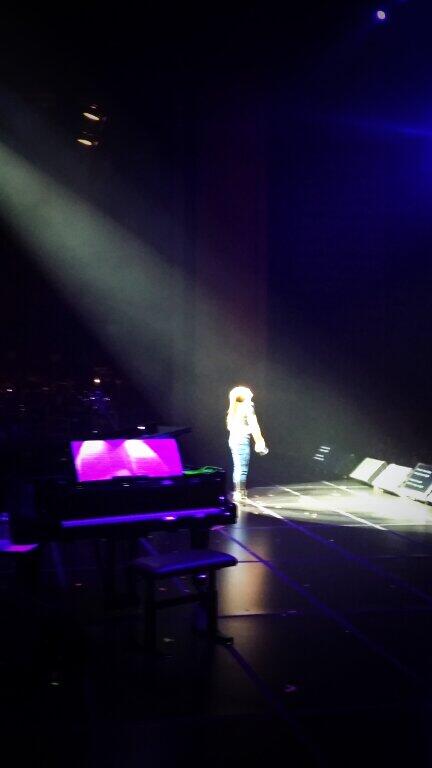 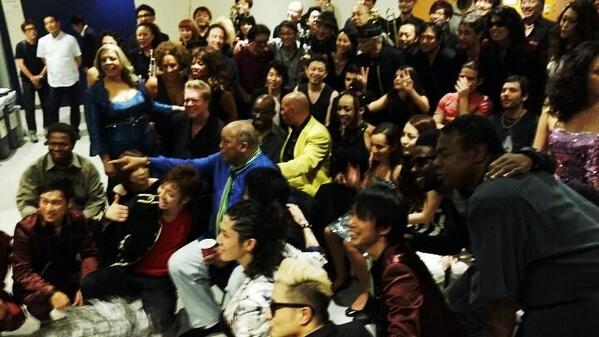 I'm so envious of people who got to see her! Sounds like she did a great job and I'm so proud of her! Really hoping for some audio or official footage or anything *_*

OMG. She sang Rock With You *-* My favorite MJ song. I need fancams T_T

I want to see her performance also

No news footage or being broadcast anywhere?

huuhh we need fancam, i want to hear "Beat It" BoA's version

^Yess that's the girl BoA is sitting next to, I listened to some of her compositions and the girl is a certified genius. 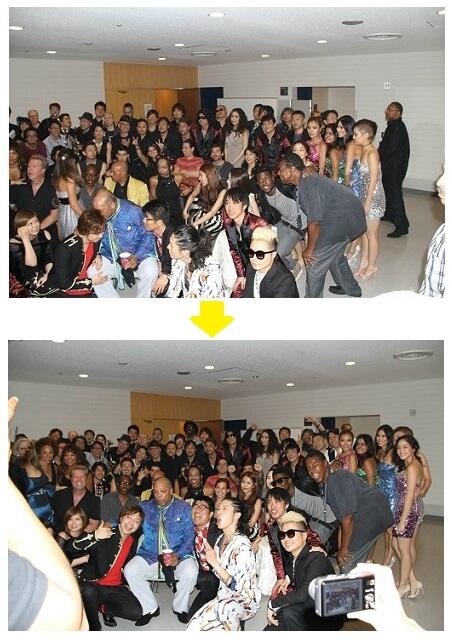 Hopefully this pic below came from a fancam of sorts 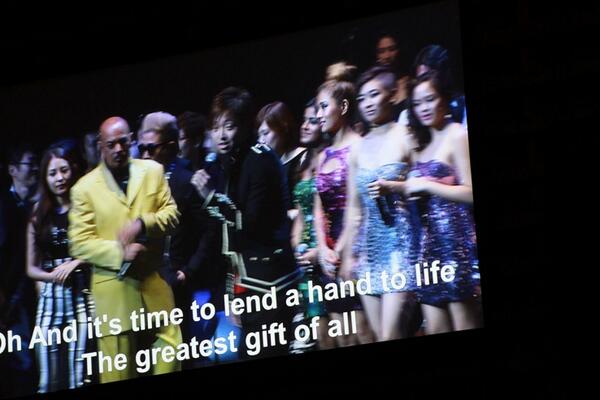 This is such an epic line up of performers. Is there going to be a broadcast of this?

I hope some fancams are about to appear.

^Is SM being sponsored by a bondage fashion brand or something LOL nearly everyone's been wearing it. I really like her outfit though ,sexxy~

Damnn I hate those striped pants
BoA, Miyavi and Daichi

I've found these pictures from the day 1. Does anyone know which TV programe is this?