okay, two days of dvd/bluray release and yet no downloads? T^T whyyyyyyy

BoA looks pretty at the fanmeeting and the performances were good. If I'm not mistaken the white top and the white pants is supposed to resemble something she wore in her earlier Japanese videos (Kiseki MV?).

So disappointed that she hadn't announced anything about her Japanese album yet. I wonder if she's really going to do a Korean single then?

we'll probably have to wait until late summer / autumn

i cant wait for the nowness.... i want to see it so badly!

She said on Instagram that her 15th anniversary has JUST STARTED. So I guess we can look forward to new activities/releases soon

The event consists of
- recollection of the past 15 years. answering to fans questions
- congrat messages from miura daichi, exo, shinee, snsd
- taking photo with the 150 lucky fans with the BoA produced Ginza Cozy Corner cake. fans get to eat them too. *jealous*
- gifts for lucky fans (notice how the design is similar to press kit from her debut showcase below (credit: https://twitter.com/...485948548587520 )
- ID Peace B and Lookbook performance
The venue Nicofarre (old name is Velfarre) is the same venue BoA held her debut showcase 15 years ago.
"That time I was so nervous I couldn't sing right so I plan to do it right and redeem myself today."
"Coming here again, the trauma came back to me (LOL)"
"When I learned the venue was here, I thought wow here's a chance to redeem myself! (LOL)"
"15 years ago, I've never thought my career could be this long. I didn't believe in myself. (LOL)"
"When I was in my teen, I thought I'd be happily married with kids by late twenties. But that dream is becoming far and far away from reality. (LOL)"
"Off topic but I can read all the kanjis in that (pointing to screen displaying question from fan. looking proud)"
"I can talk fluently but when I go to restaurants I can't read the menu. I have to ask the waiter one by one what is written. What kind of soba is written here? (LOL) Japanese language is difficult."
"Recently I'm able to remember street names. I can finally say something and sound like a Japanese like 'From Ometesando, walk until you hit Meiji-dori street and turn right.' *proud of herself*"
Finally back to fan's question. "To me, Japan is not a foreign country. Only when I have to do things like registering for foreign residency then I'm reminded that Japan is actually a foreign country.*LOL*"
"But normally it's a country I'm very acquainted with. I feel calm when I come here. And as we've become like long time friends already, I'm very used to my fans. *with open arms*"
"Japan is like a hometown to my heart."
Hearing about congrat message vdos, BoA was like "Probably from SM!" but turned out it was Miura Daichi who was recently married so she went "Daichi-kun, Congrats for your marriage!".
Daichi said he wish to collab with her again.
EXO's turn. BoA "I know you guys would go kyaaa (=squeal for EXO)"
For some reason, BoA found the way Suho said ijou("that's all") funny but she totally lost it with SHINee though as she noticed how the boys kept looking at the script. LOL
Half way through she said it was like watching them doing gags but later praised them for trying to speak Japanese throughout the clip.
Near the end she commented the clip was long LOL!! (<= but it really is long! LMAO)
Next came SNSD. "They are always so full of energy like that. Screaming 'sempaiiii' when they see me."
"I need to send praises to SHINee later for trying so hard to speak in Japanese"
To fans complimenting her Japanese "After 15 years, of course my Japanese better be good! LOL"
Watching ID Peace B MV "(my current) hairstyle is the same!"
As top batter (1st performer) for NHK Kouhaku 1st appearance, having veterans watching her performance from both sides was such a pressure. also complaint "Rehearsal was long" LOL
About 1st live tour "I was fat. (LOL)"
"I think age plays a part too but it was also because it was my first time touring the country so I ate too much (LOL)"
"Though I was young, I love tebasaki (fried chicken wings. Nagoya famous food). I always went to tebasaki place every time I visited Nagoya. There's a branch of (Sekai no) Yamachan here in Tokyo too, do you know?"
About having to sing merikuri twice at Xmas live 2011 b/c 1st time she was crying too much and staff needs a better recording for the DVD. After finding out that both versions are recorded in the DVD she thought "Don't make money off of my tears!" LOL
Guerilla live at Shibuya 109 was the most memorable "still think of it sometimes"
About things she want to do in the future "I wanna try making fun music. Songs I have composed are not fast tempo so I want to try making one."
"I'll work hard toward my 20th Anniversary!"
original news article:
http://www.excite.co...4613311165.html
http://www.oricon.co...s/2072485/full/
http://ure.pia.co.jp/articles/-/57115
BTW, for those who didn't know yet. The keyword for the collect keyword campaign is "BoA15ththankyou"
Be sure to check out her vdo message and 15th anniv 15-version cm spots

lol I had a dream theres a news of new single a collab with Ken Hirai lol, not happening merely a dream

About things she want to do in the future "I wanna try making fun music. Songs I have composed are not fast tempo so I want to try making one."

Yes..a new dance track for BoA.
Although i'm a bit disappointed she didn't talk anything abt new album,maybe it'll be a surprise for fans.

I'm kinda excited for no reason bcs i remember she's working on something with beatburger.

And nb post abt BoA article n positive comments for our BoA.
http://netizenbuzz.b...ium=twitter&m=1

^ I absolutely loved the dance songs she had a hand in composing in the past, i.e. "Let Me" and "Easy", they were bops. I really want to hear the single that was suppose to be her lead single for the KML repackage, the MJ inspired one, gahh.

This is old but I only just came across it, "Who Are You" cover, I really like their rendition:

I saw that Big Bang is invited to perform at A-Nation. Is BoA invited this year?

^no news. Oh you guys can download nowness from BoA baidu Bar

gosh, I hate baidu. haha I can't download on that fuc**ing thing

^I've messaged you the download folder (hosted on mediafire), they're split into 5 files, use winrar to extract. I'm not going to post it in the download section, so if anyone wants the links just like this comment and I'll send them to you via PM. Let me know if it doesn't work, it was a pain to upload. 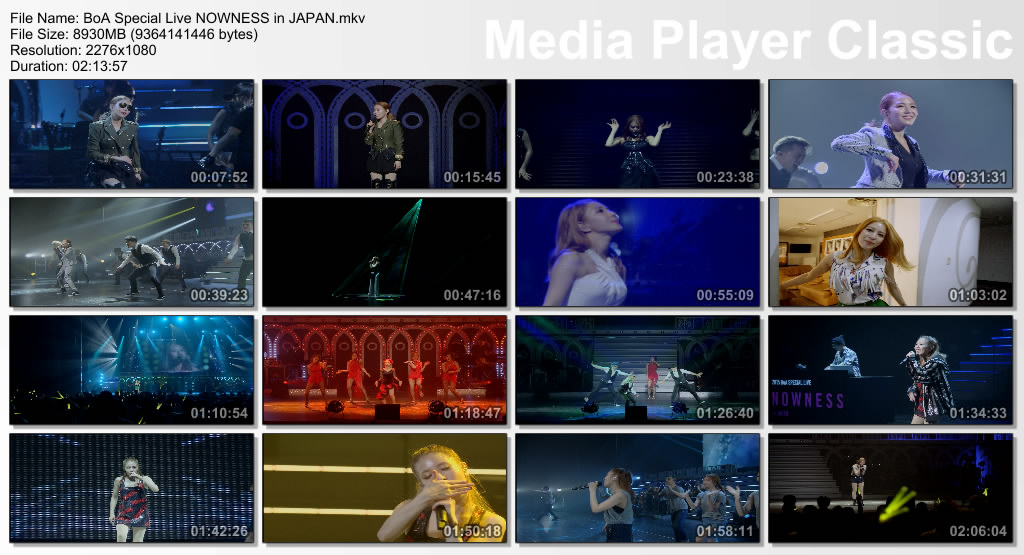 Update, mediafire has started blocking the files, I'm working on reuploading on a few other servers...

You're such an angel <3 but a friend of mine actually uploaded the whole thing for me and some friends and I'll upload to jpopsuki since it is still not there!

Taeyeon's cover of "Atlantis Princess" is out:

Not a bad rendition, I like it, but it doesn't really hit me in the feels as the originalâ€“ not as powerful.

^ I absolutely loved the dance songs she had a hand in composing in the past, i.e. "Let Me" and "Easy", they were bops. I really want to hear the single that was suppose to be her lead single for the KML repackage, the MJ inspired one, gahh.

This is old but I only just came across it, "Who Are You" cover, I really like their rendition:

I didn't know she helped compose "Let Me"!!! Love that song! And choreo is legit!

Also tagged with one or more of these keywords: BoA, News