BoA to make a come back next month

MAYDAY MAYDAY
After almost 2 years, Queen BoA Kwon is ready to snatch ya wigs with a come back! She'll release a mini album next month.
Title song chosen, album in final stages of preparation.
No other schedules to preoccupy her, so she can fully focus on the album and choreography.


BoA returns after 2 years with a mini album in February 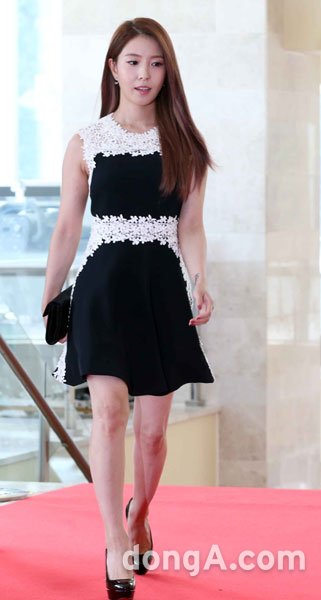 [+181 -37] I am not that interested in BoA and I'm not a person from that generation but I gave Only One a listen and I still play it to this day. When I listen to it the lyrics give me goosebumps and tears.

[+50 -7] In BoA's prime, she was an idol who would stick out and need no introduction, more than any idol today. As a matter of fact, the current Hallyu Wave started with BoA.

[+36 -4] The final boss of female solos has arrived !! Honestly BoA is the top in the country when it comes to fierce dances on top of live performances.

Omfg I'm so excited. Totally unexpected since we thought she was retire into golfing (maybe it'll be a golf concept?? That'll definitely be new...)

WHAT IN THE ACTUAL HECK YA'LL. I kind of looked at the title in disbelief, like.... Forreal?? RIP my soul. I'm ready for you Bae! She's going head to head with a lot of other soloists, but as long as she releases AMAZING music I'll be happy.

*My main fear is that she'll release public friendly songs i.e. "Who Are You"...

I have this urge to make fun of this kind of news 😂, still in disbelief, but so excited

I'm sitting on a bus with the biggest grin on my face right now, I look stupid XD

I'm surprised she's releasing a mini album though. BoA's never released a mini album before. I hope this will mean more smaller but frequent releases ^^

I think it would be better to have an march/april release thou ( they said low chance to be in february) otherwise we ll have ballad song (not that i dont like it but still) also I hope they do a good job for the promotion..
And I guess they release mini album because they are affraid it could flop like KML.. or they just do a quicky comeback without much promotion so expect the flop and do mini album lolol

I only care if she releases good music. Good quality music is dying. It's so bad that I'm just happy listening to the soundtrack to Lala Land which is pretty basic.

"According to reports, BoA has picked a title track, while finalizing some of her recordings. Once these recordings are done, they will be working on the choreography for her title track"

I guess we got a dance song yay~~

Choreography in a BoA song means nothing. Look at Only One, a ballad with one of the most amazing dance sequences I've seen lol


Honestly
I don't care anymore
any self-composed track by her would satisfy me! But please keep Rino Nakasone or that girl from 1 million away from BoA

I just hope they didnt mistranslate next year as next month

but anyway, I am excited about this. I want to see her win the competition with other solo artists hehe

Well technically, but they added the instrumentals so they added up to more tracks so they labeled it as full length album. Not sure why since all the album in korea cost the same, unlike in Japan where EP and album have different price