BoA and Joo Won are dating!


33 replies to this topic

BoA (30) and Joo Won (29) revealed to be dating since last year news.naver.com/main/read.nhn?… 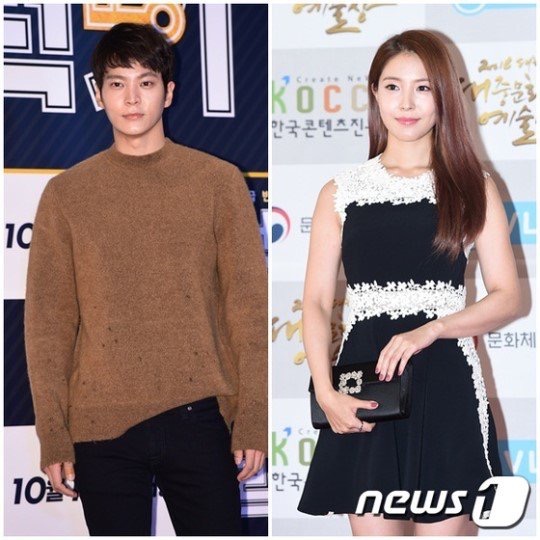 9. [+48, -3] They're celebrities I personally like individually but I don't think they match together well ㅋ

15. [+28, -3] I think there height difference would be more daebak than their age difference

16. [+25, -0] Really not fond of male celebrities who get into public relationships before enlisting. Remember Ji Hyun Woo?

18. [+17, -0] Wow... BoA's at a level where she could pick from the cream of the crop but she really must judge people for who they are. He's enlisting soon too... I wonder how that'll affect their relationship.

20. [+16, -0] These two were quite famous among golfers already because they showed up together often... lots of fan accounts.

Omg I am so happy for them. I wish both of them happiness.

Ya'll, we finally have the reason and the person to blame for BoA's addiction to golf... That said congrats babe! Gahh. Idk, lol this isn't really shocking as I would expect it be?

It's more like FINALLY, yass girl, get it. But what about that Brian guy? I guess we were wrong..

a couple that golfs together, stays together.

If BoA is dating (officially), it must be a sign of me getting old.

Who's this guy? Anyone want to give a brief bio for the people here who don't follow K biz?

Omg this is shocking news and so out of the blue. But I am so happy for BoA. I've seen his dramas in the past and he's a great actor. Don't care what those netizens say. They make a great looking couple!

So random lolilol joo won is cute I give my agreement

Her dating news is number on Yahoo News Japan and is all over other media sites.

This is the most media attention she's gotten this side of 2010 lol.

If she's happy then I'm happy for her

Now I know why BoA started to like acting and golfing HAHAHA. it all makes sense now.

But anyway, I am happy for her. Hope it lasts and it wont be a dating scandal followed by a break-up.

Is this to promote her upcoming album? HAHA

Yeah I kinda think they reveal it now to make spotlight on her before her comeback.. great move haha
We wont have song talking about sad love or "where is my bf" but maybe cheesy lyrics about "u r my favorite golf player and i love to play with ur golf stick.. club oops i did it again"

It'll be nice and cute to see them do a project together. Their chemistry will be over the roof. Hopefully there's a kind soul out there that can make a fan made mv of them.