anjardiff hasn't added any friends yet.

Hello everyone.. you know this is November 5th, it mean BoA's 25th birthday.. and I just finished my artwork.. ok.. here it is Nothing's Special, right?! how about we zoom it out Still You can't see anything?? let me zoom it out How About now?? Need more zoom out.. Yeah.. this is what a mean Special.. I don't know exactly how many photos are on it, maybe you can count it yourself if you want to know..

But 'm sorry I post it in the low quality.. but don't worry because I you can download the full quality of this image.. it's pretty big for a picture it's about 80MB..
here is the link to DOWNLOAD [password : [email protected]]

BoA Kwon, a good dancer BUT not a good singer !!!

BoA Kwon, a good dancer BUT not a good singer !!!

the blog said :
Boa sounds not as good as she dances !!! 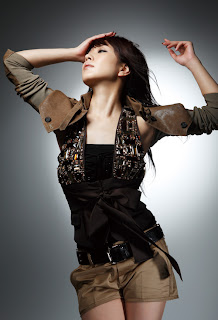 Boa Kwon or well-knowned as Boa is a Korean singer, She has started her singing career since she was at the age of thirteen, She released her debut album ID; Peace B in South Korea on August 25, 2000. That's all about her bios.

Actually, I don't want to talk about her Bios but about her QUALITY or her singing and dancing abilities. I've watched some of her videos, One day few years ago, I watched one of her videos, I don't remember the title though, I showed it to my friend, "She's quite good at dancing, but her voice is just so-so it's too common" My friend said.

Boa is average, At dancing, She is awesome but Since She is a singer, she should balance her dance skill along with her singing skill. Her voice neither has character nor capability of reaching high note. 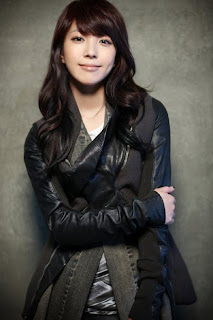 The other day, I posted a comment on Her Youtube Video BUMP-BUMP (Unfortunately that video is not That Bump-Bump lol) and I said : "She's good enough at dancing but her voice is lame, She needs more practice ", See, I am not biased, right? I acknowledged both the good side and bad side of her. but you know what, her lunatic, fanatic fans or those bigots defend her furiously, What a bigots !!! 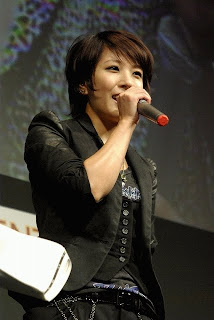 They said that Boa is the best Asian singer Whaaaaat ? Asian? Which Asian? If it refers to East Asian, it might be, But if it refers to the whole Asian, They're totally wrong, they seem to talk through their hat, They are less insight and ignorant, Poor them! They have to listened to those terrific singers from southeast asian, such as Charice Pompengco, Agnes Monica, Jacklin Victor and many more. Boa's voice is truly really NOTHING compare to theirs.

Regarding to Boa's LOOK, She's not ugly yet not beautiful, she's in between, She is not sexy as well, she looks like most girls in general, after wrapping up the whole thing, I sum up that he is by all odds mediocre. That's it.


This is the URL of the blog :

EDIT: I took out the link. Read the second post. Thank you - Cori

What do you think everybody??

Hey You Guys, How About Create BoAjjang T-shirt

hello all, last night I thought, seemed to be very exciting if we have an official T-shirt from boajjang.com. how do you think?
in my country, Indonesian, there is also such a site boajjang, namely www.boa-indo.com. but its scope is only for my country, we made the official shirts from this site.

here is our boa-indo.com design

what do you guys think??

but it's been a long time, been nearly three years ago, seemed to be wonderful if we create a new one with new design