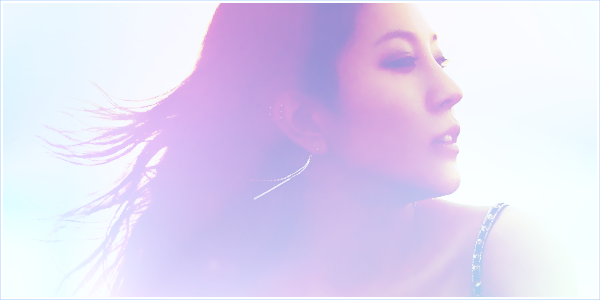 I'm not sure when I became a fan of BoA but it was probably a little before her Girls on Top album was released meaning late 2004 to early 2005 since I had just recently gotten into J-pop of fall 2004. I vaguely remember really liking her Japanese singles of course and I was especially fond of her Love & Honesty album but never really bothered looking up any of her Korean work aside from her No. 1 album. The song "Tragic" immediately became my favorite song soon afterwards and I even tried memorizing the lyrics; I also remember thinking to myself how hard Korean words were to pronounce compared to Japanese.

However, soon afterwards - still before Girls on Top was released - I stopped following her for whatever reason. Probably because I was too preoccupied with real life matters; I was in middle school at the time failing horribly. I guess I was just unaware of any news sites/fan sites that would keep me up to date on her activities and the activities of any other J-pop artists I liked. Probably the only ones I did keep up with were Utada Hikaru and Ayumi Hamasaki but eventually I would stop following them as well.

I'm known to get 'obsessed' with things very easily - my mom likes to say that I jump around with my interests a lot which is true I suppose. At that time I was really into Gaia Online (an interest which lasted mere months) and eventually another website known as Flash Flash Revolution which I was a part of until very recently.

But let's backtrack a little here to summer 2010 when I frequented an anime streaming site. A couple of friends I had made there linked me to some K-pop videos cause somehow the conversation had steered into viral music or viral videos or something like that. Anyway, one of them posted Brown Eyed Girls' "Abracadabra" and another posted Wonder Girls' "Nobody" and I instantly got hooked.

I started looking up other K-pop songs and groups like crazy and eventually stumbled upon BoA's recent music videos and performances at that time which she was promoting (August/September). I just remember thinking to myself... oh yeah, it's BoA! I totally forgot she was Korean. I kinda thought it must have been fate that I would stumble upon her and her music again after 5 years and precisely at the time she had made her comeback after 5 years. Too coincidental maybe? You decide.

Throughout those fews months ending 2010 I just felt an overwhelming sense of regret for not sticking to BoA. I loved "GAME", "Hurricane Venus" and especially "Copy & Paste" - I thought they were brilliant and I also thought BoA had really grown into an amazing artist. Throughout 2011 as talk about her 10th anniversary in Japan was heating up I decided to go back and look at everything she had done in the past 5 years both in Japan and America. I was honestly surprised that she had even debuted in America cause I had heard absolutely nothing about it which just goes to show how little of an impact she had with her debut album... Or maybe it was my own fault cause at that time (circa 2009) I had just 'discovered' Lady Gaga and I was just fan-girling over her like crazy and didn't care much to listen to anything else.

Even though I thought her English songs were pretty good I was even more impressed by the work she had put out in Japan in the past 5 years. Probably sometime around August of 2011 - approximately 1 year after 're-discovering' BoA - I finally declared myself a real fan. Ever since then I have been following as many BoA related fan sites, fan blogs, fan Twitter accounts, etc. as possible so that I do not ever miss anything she puts out ever again. I literally do love everything she has put out - some more than others - but I do enjoy all of her music.

The only problem now is... I'm looking at 10+ years of music I need to buy. I've calculated the total cost which amounts to around $700 - $800. I don't even want to know how many more hundreds of dollars I might want to spend on merchandise and other miscellaneous items.