Do you think that you look good with long or short hair?

What happened in this ep of Music Station???

I'm not sure if this is the right section for me to open this topic but I wonder if anyone understands japanese can translate the conversation between SMAP and BoA in Music Station of April 6th. Thanks in advance. 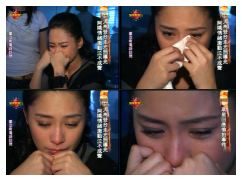 Anyone who has recently picked up a Chinese newspaper, by now have knowledge of a scandal that is rocking the entertainment world in Hong Kong: Semi-nude photos of singer/actress Gillian Chung (of TWINS) appeared on the cover of a Chinese tabloid, with headlines that she was changing her clothes in public. This is highly controversial for five reasons:

1.) These photos were taken when Gillian was changing in a PRIVATE and LOCKED dressing room, after performing a concert in Malaysia. An intruder had snuck in and installed a hidden camera with full conspiracy in snapping these pictures. The pictures were taken without permission and is HIGHLY ILLEGAL!!!

2.) The photos were then published in a tabloid, under the headlines that Gillian was changing in public. So not only did these perverts violate the complete privacy of the girl, they were publishing FALSE accusations with full intent of defaming and hurting her. Gillian had always obtained a very wholesome image, never wearing any type of overly revealing outfits, and have always had the target market of kids and teens. That false headliner was a slap in the face.

3.) The person who took the pictures, not only is NOT being punished by the law, but has sold the pictures to a tabloid and made a ton of cash from doing so.

4.) This sick magazine (Easy Finder Magazine) had full knowledge that these pictures were illegally obtained, but decided to publish the photos anyway, profiting on the emotional and very public breakdown of Gillian Chung, her family, her friends, and her fans.

5.) What is appalling, is that everyone who has heard of this situation knows that it is a atrocity and a attack against any morality known in any country; And yet, the Hong Kong government will not step in to do something about this, because there is no law that prevents this.

This is not the first time something as disgusting as this has happened. Actress Carina Lau was kidnapped and raped many years ago by gang members. The gang members who did the deed filmed her rape, and are selling the DVD on the streets in Hong Kong! But WHY is the government not stepping in to do something about this?

Disgusting crimes like these do not just happen in Hong Kong. They happen in many other Asian countries as well. For example, Japanese actress Ai Kato (Umizaru II) found herself to be a very humiliated victim, when someone secretly filmed her bathing in a private hot-spring resort in 2003. It wasn't long before the photos were published in a magazine, and the footage sold on internet porn sites world wide. And what about the young girls of Morning Musume? A demented sicko installed a camera in their toilet and filmed them using the restroom. That footage ended up on DVD and are sold underground as well. But what is the government doing to punish these criminals who are profiting off of illegal activities...?

We all know that snapping pictures or even FILMING these acts are inexcusable, unethical, immoral, and sick. But publishing and making money off of it too?! Why is the world even putting up with this? These insane paparazzis cross the line because they think we enjoy seeing these girls in such a vulnerable state. WE DON'T!!! THAT-- itself is an insult to the public and to the fans, for these sick paparazzis to even THINK that we are as demented as they are. Its time that we stand up for these girls and for ourselves too!

Hong Kong's government has announced that if there are 10,000 official complaints logged, then they will step in and take action. If 10,000 complaints are sent in, then the criminals (sick photographer and sick magazine included) in Gillian's case will finally be punished. This affects not only one female star, but a whole society's ethics in general. Hong Kong is one of Asia's largest entertainment outlets. If they can successfully prosecute the sickos in this case, then it will lead to a very good example for other Asian countries to follow in. As a person, you can do something about it. It will take only 1 email and 1 minute of your time to do this. Please fill out the form and send the complaint in. The last time that AsianFanatics checked, there are less than 1000 complaints logged. Every email counts and you don't have to be in Hong Kong to do this. Protect this from happening to your favorite idol, and any other girl in Asia. As corny and as cheesy as this sounds, if we stand up together, we can all accomplish something great.

Email the form to: [email protected]

You can even print out the form, fill it out, scan it back in, and email it to them. The form is located here.

I don't have much to say since the article says it all. Once again, you don't have to be in Hong Kong to send the complaints letters. And in the e-mail, for the detail of complaint, please type is http://www.nana-nana.net/index.html not BoAjjang coz' I didn't write the article myself. Tell all your friends, family or all the people you know!!!!!!!!

BoA no.2 after Koda Kumi. But it's still pretty good ranking. She beats many other japanese singers

credits to JBFC in Taiwan forums