59 replies to this topic

First of all, I'd like to say that I've met a lot of wonderful people in these forums and it's been a pleasure being a part of the community. Thanks everyone.

My first handful of people who I'd like to thank are my fellow spammers ^^:

Elusionx/Elusion (Clarissa) – I think you were one of the first people I met and got to know. Thanks for being so fun to spam with. I know you've been quite busy and everything and haven't had much of a chance to spam as much as you used to, so I'm trying to spam on your behalf

Here's a Nissan Skyline to get to work faster

Eu-kun/Mardy Bum (Eugene) – Thanks for being a cool friend. It was always fun spamming with you in the 3 word endless story game ^^ Here's a Fender electric guitar. Have fun playing! It'd be cool if I could hear you play one day. Oh, and have some Audio Technica headphones ^^

rainbowbeat (Gaby) – I got you an orange orchard so you can eat oranges to your heart's content and you might find what you're searching for, the SWEETEST orange on earth, in this orchard. Also, what's an orchard when you don't have a house, so there's a house near the orchard for you too. Hope you like living in it 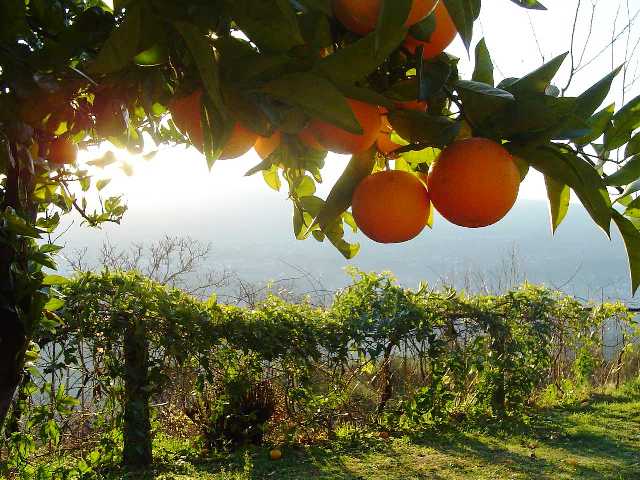 sitinana (Siti) – Hey you. You were the one that kept me company on MSN (or should I say, Windows Live Messenger) when I couldn't post. Thanks so much for that! I hope you're having fun in Singapore, don't worry you'll see snow one day ^^ I haven't seen you around for quite a long time. But hopefully you'll be able to go on Bjj more ^^

Here's a snowman to guard your very own snow palace. 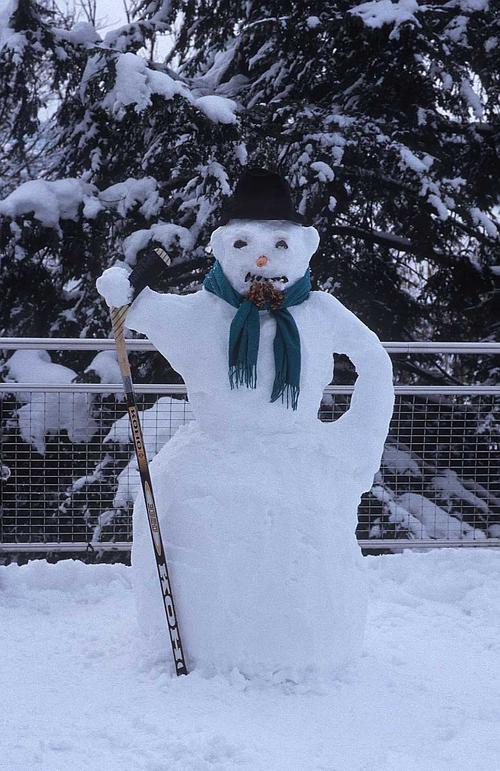 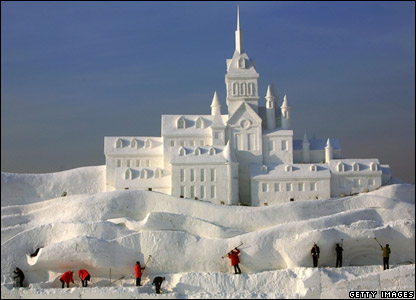 It's been so much fun spamming with you as well! You're one of the most active spammers around =] you're so fun to talk to and play games with! Here you go, I know it's not a real car like Clarissa's but I hope you like it:

I'm waiting for your EMP

Hope you'll complete it soon when you're not too busy. It must have been kind of boring confining yourself to the spam section… isn't it? Well, I hope that this Xbox 360 Elite (ooh) will help relieve some of that boredom xD

Y2Kevtjai (Kevin) – Wasn't it nice being one of the Mr. 999s for a little bit? I really started to understand how Jason felt lol. Congrats on your EMP!! Thanks for encoding all these videos for us! And spamming with me Minion (Jaevus) – Hey, I haven't talked to you for a while. Maybe cos you're not as active in the spam section as much as you used to be.

Here, you can have your very own minion:


CADENZA – I don't know you very well, but I know about your spamming habits. You reply in like every topic on the first page…well, most of them. Then where it says "Last post by:" your username fills like every one ^^ lol.

I'd like to give you a pair of Dolce & Gabbana sunglasses, you know, for the sun:

boafan_1 (Leanie) – Hey! You're from Australia too ^^ Hehe. Hope you're having fun at school. Be cool, stay in school

See you in the spam section.

Have a cute little puppy: I can give out living creatures can't I..? o_o

V-ni@star (Fenny) – Hey, I only just met you but I've seen you around a lot before. I hope I can get to know you better.

Have a box of yummy Krispy Kreme donuts… *drool*: 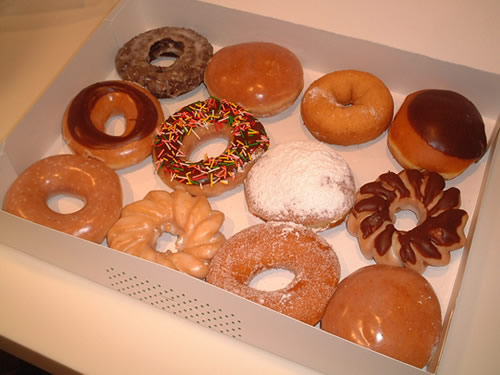 보아 <3 (Anseyao) – I only just met you a few weeks ago, but you seem like a pretty cool Korean dude. I'd like to give you this bookcase full of manga:

HOPYA (Ryan) - Holy crap... I almost forgot about you. I hardly ever see you spam that much anymore... or maybe that's because I haven't been spamming as much now due to stupid school... Anyways, thanks for being a great spammer, your avatar and signature always interests me even though I don't say it, the images are kind of out of this world and intriguing. Where do you get them from?
Anyways, thanks for being a cool guy, have these tetris ice cube trays... Lol, they're kinda cool

And if you get tired of ice, then have this Tonari no Totoro (My Neighbour Totoro) DVD. Your signature reminded me of the cat bus at one point... Lol. Don't know how that happened... 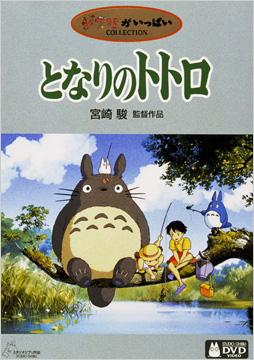 Kung Fu Hung-Su – Werewolf game starter! Thanks for making that game. Apparently you're the spam king? Too bad I wasn't around during your Golden Era xD. Hey, EVERYONE GO PLAY THE WEREWOLF GAME, WE NEED MORE PEOPLE!

A lot of you sure like to change your name huh… lol =] … Whatever floats your boat.

Anyways, remember the Girls and Boys game? Lol. You were one of the main female forces... but what happened?? The boys are like dominating now, a few more hundred and we've reached 1000

Since you're "100% Chinese beef living in Canada" have some Kobe beef (apparently it's really nice since the fat is like marbled in with the meat or something: Anyway, a big thanks goes out from me to all those uploaders out there that share a heap of BoA stuff. kyo_jieming2000, kuraudo, BoA_rocks_in_english, sennheiserlover, Y2Kevtjai and many others. Thank you so much for all of your hard work in uploading those files. I know I've taken so many of your files. Oh, and while I wasn't posting I kind of took some files without leaving a comment

So thanks to those people! I'd like to thank you with these:

I'd also like to thank BoAjjang's founders and staff, without you guys this forum wouldn't be up and running and I wouldn't be having fun here. Thanks so much. I'd like to give you each a new Nintendo DSi console.

For every other BoAjjang member, you special people get a mystery present

Thanks for reading my EMP ^^

Ahhh it feels so liberating to post outside the spam section

If I forgot anyone please feel free to pipe up and I'll add you. I'm so sorry if I forgot… I don't have the greatest memory in the world.

I'm a big fan of Fender guitars so yeah. And I just recently wacked my headphones. (Thanks for the online gifts

I got YunHo again... and I dont want to eat that choco..
u also the most active spammer and is really fun spamming with ya

Congratulations on your EMP!

Eugene: Thanks. Wow, what a guess

Lisa: The secret is... YOUR REAL NAME IS ELISA muwahahahaha

Lol. Wow... cool emoticons ^^ Haha, you're so good at finding gifs and little emoticons and stuff. Why don't you want to eat the chocolate?

See you in the spam section.

Happy EMP!!!
I hardly even remember mine, I reached it in 2 months haha.
Congrats, love that BoA picture =D

Mine's already nearing as well... so I'm trying to make my posts before that emp as meaningful as possible^^

oh, i hope my spelling is correct

Lisa: The secret is... YOUR REAL NAME IS ELISA muwahahahaha

Lol. Wow... cool emoticons ^^ Haha, you're so good at finding gifs and little emoticons and stuff. Why don't you want to eat the chocolate?

i dont want eat coz i want keep it hahaha...

Congratulations on your EMP Torukun2. Your name has been added to the EMP list.

Whoa you make my day start great here by posting your EMP Trieu!

Thanks for the iPod Touch. Hopefully everyone will upgrade to this.
I'll make good use of it to upgrade my encodings for this device

And yeah it was indeed awesome to be stuck at 999. And join the the Mr. 999 club.
But just like you I know after a few days it's another story

Welcome back Mr. Trieu NOT 999

Can you feel the liberation now? YAY!! ^^

Now everyone should encourage Jason to speed up his EMP!!

congrats...
i wonder when i would reach mine

Back to The Lounge